With our vast experience, kamiephotography Photographers is one of the best studios in dubai for wedding photography and event photography  services.

Hollywood a world of glamour and dazzle, there is another movie capital in the world named “Bollywood” which is formerly known as Indian film industry or Hindi Cinema, is located in Bombay (known as Mumbai today).Bombay is a city of dreams and house of Indian film industry from where more than 1000 films are produced every year. The name Bollywood comes from Hollywood and Bombay which is the center of film world. Hindi Cinema has made a long journey from silent movie to coloured movies, from sound movies to technically advanced movies of present day.

Indian are in love with movies ,although the format of all the movies are same like Masala movies ,which are three to four hours long having lots of music and dance, top stars, romantic scenes between boy and girl ,lots of actions and always happy ending. Indian spent half of their income in watching movies; Indian movies are popular both in India and in the whole world, Indian who are residing across the globe they go to cinema for watching movies so that they could be in touch with their origin and culture.

India is a country of sixteen official languages and a total of twenty four languages are spoken by more than million people, some portion of the film industry are fragmented, Bollywood leads India in film production because its specialty lies with Hindi movies, Chennai produces Tamil films and Kolkata is the capital of Bengali movies. Film industry contributing highest revenue to the economy of India.

Government of India facilitates the film industry by complex studio named “Film City” constructed in the East Mumbai. This complex studio has several recording rooms, gardens, lakes, mountains, theatres that serve as the venue of the Bollywood films. It was built in the memory of first film producer, director, screenwriter named Dadasahab Phalke, who is considered as the father of the Indian film industry. Film city is the shooting location of almost all the Bollywood films, it provides all types of shooting locations for shooting include temple, court, villages, fountains, lakes, gardens, mountains, bars, prison, picnic spots and even man made waterfalls.

The stars of the Bollywood are very popular around the world and are highly paid according to the budget of the film. Media is playing powerful role in the fame of Bollywood celebrities and the promotions of the Indian films. Few Famous celebrities from past to present day are: Raj Kapoor, Prithviraj kapoor, Nargis, Geeta Bali, Meena kumara, Dharmendra, Dilip Kumar, Raj Anand, Amitabh Bachan , Anil Kapoor, Hrithik Roshan, Salman Khan , Amir Khan, Shahrukh Khan, Priyanka Chopra, Aishwarya Rai and Many more.

For further Bollywood news and gossips about Bollywood celebrities, checkout urduvoz.com where you can find detailed movie reviews, hit songs, hit movies, upcoming movies, actresses, actors and many more you can find all these at just one click. 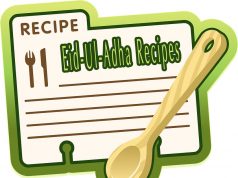 Get Rid of Top 5 Distractions when studying

admin - October 26, 2017
Writing Queen is your news, entertainment, music fashion website. We provide you with the latest breaking news and videos straight from the entertainment industry.
Contact us: info@medialinkers.com